Get to know the people working for you! The Rocky Mountain Collegiate Cycling Conference leadership takes pride in fostering a fun, competitive, and fair environment for collegiate cyclists to race. 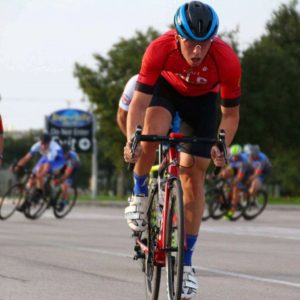 Derek Hall – Board President – I lived all my life in Mesa, AZ until I attended the US Air Force Academy. Riding bicycles has been a hobby for me since middle school. My favorite rides are wandering cross-country mountain bike trails and criteriums. My racing career didn’t begin until I started college, which is when I branched out to the disciplines of road, mountain, cyclo-cross, and track. I graduated college in 2017 with a bachelor’s degree in economics and look forward to helping grow the sport of cycling. 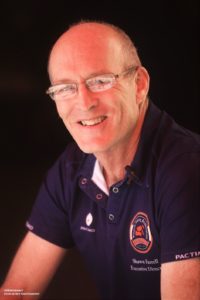 The Bicycle Racing Association of Colorado (BRAC) and I are very excited to begin a new chapter in our role in collegiate cycling by joining the RMCCC directly and managing some of the administrative details. We hope to help spur a growth in the quantity and quality of collegiate events in our area.

I have been active in cycling since 1972. When I was in college  at UC Davis, I trained and raced for two years with the Cal Aggie  Wheelmen, the UCD college team before being picked up by the Della Santa Reno Wheelmen and their young upstart, Greg LeMond. I have raced for three different teams over a 15 year career spanning northern California to Michigan. I have coached two different teams, and been an official for 40 years. As an international commissaire I have been fortunate enough to officiate at events in 40 countries. I fell in love with Colorado when I raced the Aspen Cup in 1976. The first stage went from Aspen to Leadville via Independence Pass. As a first year senior, I was very intimidated, and I just stared at the wheel in front of me and hung on. When we went over the crest, I looked up and saw the most breathtaking view I had ever seen. I also noted that of the ten of us that were together at the front, I was the only one not wearing a national team jersey. I was surrounded by two Stetinas, George Mount, John Howard, Bob Cook, and a host of other big guns. It was such an amazing moment that I realized I needed to move to Colorado as soon as I could.

I spent 20 years teaching Biochemistry at CSU in Fort Collins and was the faculty advisor to the CSU Rams Cycling Team, so this will be a wonderful chance for me to get back into collegiate cycling. After leaving my CSU position,  I spent 11 years as the Technical Director of USA Cycling, managing the officials program, rules, discipline, and international relations with the UCI and our professional teams. As part of the events department, I had the opportunity to attend countless collegiate national championships in road, MTB, track, and Cyclocross. For the last six years I have been the Executive Director of BRAC, which has been a challenging and exciting role for me in the sport.

I thank the RMCCC for this opportunity and look forward to working with all of you.

Patric Rostel – Board Member (Coach Representative) – In 1997 when Jan Ullrich won the Tour de France as the first German cyclist in history, I decided to start riding bikes. In 1998, I started racing competitively and did so until 2013. During that time, I raced throughout Europe as an amateur, as well as a rider for a UCI continental team in 2007. After my U23 years, I was fortunate to be recruited by Colorado Mesa University, and I joined the program in the summer of 2009. My 4 years of collegiate racing have been some of the most fun years I experienced on the bike. The highlight probably was winning the Collegiate National Criterium in 2012. In the Spring of 2013, I was asked to coach the Colorado Mesa University Cycling team, and it has been a great journey so far. Seeing collegiate cycling progress over the last decade has been phenomenal, and I think with hard work in the future collegiate cycling will become even better. 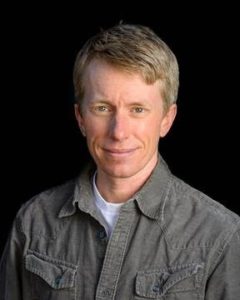 Jon Tarkington – Board Member – Over twenty-five years ago I decided to try bike racing. I had no clue how significantly this would impact my life or the trials and tribulations it would bring. I have had many different positions in sports over the years: ski patroller/ski instructor, cycling team coach at Fort Lewis College and University of Colorado at Boulder, cycling event promotion in Durango, Denver and Boulder, executive director of Colorado’s Local Bike Racing Association (BRAC), head coach / director of coaching for road cycling with Boulder Junior Cycling, course director for 2017 Colorado Classic, personal coaching (going strong since 2000). I still enjoy training and competing whenever I can work it in to my busy schedule, growing family, and professional career. I strive to live my day to day life executing the same balance I try to instill with all of my clients. I firmly believe that with an ideal training load using the proper measuring devices, even the busiest working professional can make progress in sport. Additionally, the most experienced professional racer can benefit from new insights into training and balancing their training load. 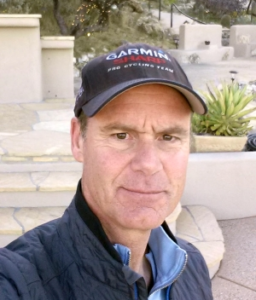 Jim Castagneri – Board Member (Event Structuring and Community Engagement) – I work as a Geographer with the U.S. Census Bureau in Denver having received my bachelor’s degree in Geography from the University of Colorado – Boulder in 1984. After finding inspiration by watching the Coors Classic wind its way through Boulder in the early 80’s, I founded CU Cycling on the Boulder campus in 1983. I have also worked with the United States Cycling Federation to establish the precursor to the Rocky Mountain Collegiate Cycling Conference in 1984 and 1985.  I raced as an amateur for the now defunct Denver Spoke in the late 1980’s and more recently spent three years coaching junior cycling as a USAC Level 3 coach.  I continue to advocate for bicycle commuting and recreation through local advocacy groups such as Bike Jeffco.  My wife and I have three grown children, with two sons participating in collegiate cycling in Colorado. We reside in Dakota Ridge, Colorado. 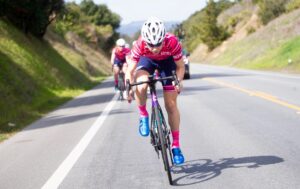 Heather Fischer – Board Member – Growing up on the Front Range of Colorado I spent a lot of time enjoying the outdoors; be that horseback riding with the Jefferson County Westernaires, running track and cross country for Berthoud High School or racing for the University of Colorado at Boulder Cycling Team. Winning the 2012 collegiate national road race launched me into the women’s pro peloton. I raced domestically for elite teams, lived in Europe racing with the US National Team and spent two years on Women’s World Tour teams. Injury and other circumstances brought me back to Boulder in 2018 where I found an opportunity to coach the CU cycling team. I still train and race for a UCI women’s continental team. I am committed to persistently push and contribute to making the sport more inclusive. I want everyone who has a desire to feel supported and inspired to experience the world from two wheels. The bike challenges us to new heights, can reduce our carbon footprint and helps us to live healthier and happier lives. I received so much support from the Boulder community in my pursuit of the sport and I’ve experienced first hand how collegiate cycling has the potential to create lifelong cyclists and friends.