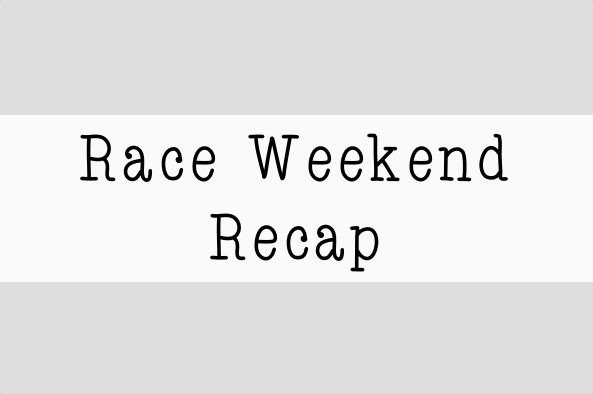 As I write this several hours after returning from the UCLA Road Race, I’m still finding grains upon grains of desert sand and tumbleweed particles from my ears to my shoes. Even that does not do the wind today justice. Hands down, some of the gnarliest of headwinds and most treacherous of crosswinds I have ever seen or experienced during a race. With gusts reaching upwards of 45 miles per hour, even the chief official’s printer pooped out from intense wind and sand, and many tents collapsed. The forecast, however, had called for a rain/snowfall that never arrived, leaving everyone dry, albeit chilled to the bone.

So, now that you have a clear picture of the weather, time to get to the specifics of the racing. The UCLA Road Race course is one of the most brutal in the country, featuring a 1,500 foot climb, blistering descent, and false flats with a picturesque view of the desert landscape. All of this packed into 12.4 miles. Grit and perseverance were a common theme in today’s race.

Tomas Mitre from UC Davis reflected, “While I didn’t win the race in a solo effort from the gun like I had imagined, it was definitely a race I will always remember and one that will be a constant reminder that training is in fact important in bike racing.”

The day started at 7am for many fields including the Men’s C and Women’s B/C. In the Men’s C, a field of 17 riders kicked it off for the first collegiate race of the year. They were merged with the Junior 15-18 boys, offering  mentorship opportunities and a larger field. Coming out on top was Thomas Schwemberger of UCSC, followed by Ethan Zehr of Dalton State (based in Georgia). Guess they’re on spring break this week! Third place went to Ian Carlton (UCSC).

In the Women’s B, Charlotte Moffatt of UCSB took the W with Mimi McNamara (UCD) and Acacia Shyr (UCLA) rounding out the podium. Mimi explained that all it takes is some determination to “show up and finish the race, then you might just podium.”

For many of the Women’s C, this was their first race of their collegiate careers! The B’s and C’s started together but the pack dwindled down steadily over the course of the 2 laps. By the end, it was Ellen Shinogle from UCLA with the win, with April Lackpour (UCD) and Christa Hoffman (SDSU) in second and third, respectively.

Later in the day was the Men’s D race. Winds were picking up, but the 37 guys of the WCCC battled hard.

Haowen Liang of UCLA said, “The little sprinkles of rain at the very beginning when the pace was slow made the mood pretty dramatic…I didn’t expect someone to attack right on the first climb. After the initial attack, the group just exploded and there was no more peloton.”

When the dust settled and remnants of the shattered field rolled in, Clayton Puckett of UCLA outsprinted Zack Goodman (UCSD). Rolling across the line for the last spot on the podium was Jamie Clark of UCSB. Congrats on a great first race, boys (time for an upgrade)!

For the last wave of the day, the Men’s A, B, and Women’s A all rolled off the line. In the A’s race, it was a spectacle if I’ve ever seen one. Colin Patterson of Cal Poly SMASHED the climbs, and over the 5 laps he soloed to victory by an astounding 10 minutes. There seemed to be a tough chase a few minutes back, but they could never quite reel in Colin. In the end, Eric Bryan and Rupert Cox, both UCLA, finished in second and third.

The Men’s B was equally exciting, with Paul Talma (Stanford) and Conner Reinhardt (Georgia Tech) breaking away early. Paul came out on top in an exciting sprint finish, with Kieran Hook of UCSB rolling in just a couple minutes after.

The Women’s A race was combined with the P/1/2 race. In the end, Katherine Nadler (UCSD) crossed the line with her hand in the air. Rachel Baarda and Sarabeth Maciey (both UCD) gutted themselves in the wind for four laps to finish in hard-earned podium positions.

Amazing work by all of our collegiate racers at the UCLA Road Race!

This year, the UCLA Collegiate Criterium combined with the popular SoCal crit scene, the JL Velo-CBR Premier Criterium Series. The fast, four-corner crit was well-run with collegiate fields and domestic fields all racing for glory. In the morning, the race saw Clayton Puckett of UCLA take the win in the Collegiate D’s with Thomas Liang (UCLA) in second and Gates Zeng (UCSD) in third. For the Men’s C, Yupeng Zhang from UCD crossed the line first with CSUF’s Ben Burkardt and Christian Cabral rounding out the podium. UC Davis swept the Men’s B with Tomas Mitre, Trevor Goodman, and James Allen in first through third, respectively. The Men’s A was hotly contested, with Scott Cohen making the break in the P/1/2 race to take first. Ethan Frankel (UCLA) and Colin Patterson (Cal Poly) sprinted to second and third.

The Women’s categories had fewer participants than the Road Race, but still made for exciting racing. Christa Hoffman, UCD, won the Women’s C with Ellen Shinogle (UCLA) and Lisette Werba (UCD) close behind. In the Women’s B, Charlotte Moffatt brought a win back to UCSB with Mimi McNamara (UCD) and Megan Tran (UCSB) in second and third. The Women’s A mixed it up with the P/1/2/3s to see Katherine Nadler (UCSD) and Rachel Baarda (UCD) finish first and second, respectively, of collegiate racers in the field sprint.

It was a great weekend of racing, and we cannot wait for the next two months in the WCCC!